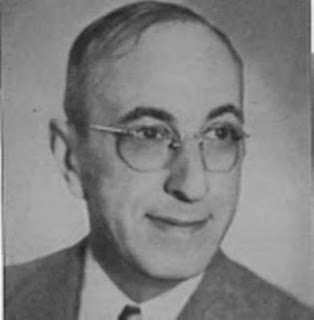 His full name is Victor Rodney Gook.  The head of the Gook household. When speaking professionally or via literary, he calls himself, "V. R. Gook."  Was raised on a farm in the country.  Despite this, can speak quite eloquently and is a very smart man - but it must be said that he's also a man with child-like tendencies when gleefully excited or very mad.  He's the Exalted Big Dipper in the Sacred Stars of the Milky Way lodge, Drowsy Venus Chapter.  A member of the All-Star Marching Team for the lodge.  Works at Consolidated Kitcheware Plant Number 14 as their Chief Accountant.  Occasionally will have to go on an inspection tour.  He is recognized at his lodge and at work as being a very solid citizen and often has his picture in the various quarterly magazines put out by both places.  Likes to play indoor horseshoes in friend Ike Kneesuffer's basement.  Owns a towel with a blue border.  Has never been to Maine but has been to Illinois, Kentucky, Ohio and Indiana. Is "Considered an expert on the science of parade procedure," according to his autobiograohical sketch in one of the lodge magazines.  Love parades of all and any kind.  Is fond of card games, mainly Solitaire, Gin Rummy and 500.  Would love to have a wide-brimmed hat but Sade won't let him wear one.  Likes to tinker with the workings of a clock but knows nothing about them; starts "fixing" them by using a little hammer. Doesn't know much about wildflowers. Enjoys lounging around the house without his shoes or in his easy slippers, which have tassles and Indian heads on them. Has been known to play golf, especially with Mr. Buller. A photo of his mouth was to appear in a denistry magazine.

Thanks to Eric Scales for his great artwork!

The Crazy World of Vic and Sade